It is a great pleasure to announce the launch of The Drug Science Podcast.

As you well know, Drug Science exists to campaign for a more rational, evidence-based approach to drug policy and drug use. It is frustrating to say the least that still, in the 21st century, the debate on drugs, both legal and illegal, is coloured by political and moral concerns, and often ignores the evidence. Through this podcast, we hope to further contribute to raising the profile of science and lived experience in public discourse, providing information on the actual harms and potential benefits of various drugs, challenging the myths that surround classification and legislation, and exploring the societal impact of drug policy that does not reflect the truth about drugs.

In each episode, Professor David Nutt explores themes from alcohol and addition, drug testing and harm reduction, cannabis, drug policy and the therapeutic use of psychedelics together with experts such as Dr Christian Jessen, Professor Fiona Measham ,and Dr Suzi Gage, as well as people with lived experience, such as Adrian Chiles, Joss Stone, Janine Milburn, and Hannah Deacon.

The scientific evidence often challenges perceived wisdom on drugs and for that reason can appear to be contentious, but we must continue to strive for a change in thinking through improved public literacy in critical and scientific thinking around drugs. Using evidence in public policy should not be controversial. Thank you for listening, thinking, and joining the debate on these issues, and in so doing, supporting this mission.

Please subscribe to our podcast and leave us a review. By taking these actions you will help us reach even more people with the truth about drugs through getting us listed on Apple Podcasts as “New and Noteworthy”. This action is three times more powerful if you subscribe today, and would help us reach tens of thousands with our message, people who may not have access to the same level of scientific knowledge and understanding as we do and get that bit closer towards our vision, to see a world where drug control is rational and evidence-based; where drug use is better informed and drug users are understood; where drugs are used to heal not harm.

Episode 1 – Alcohol: the good, the bad, the alternative: 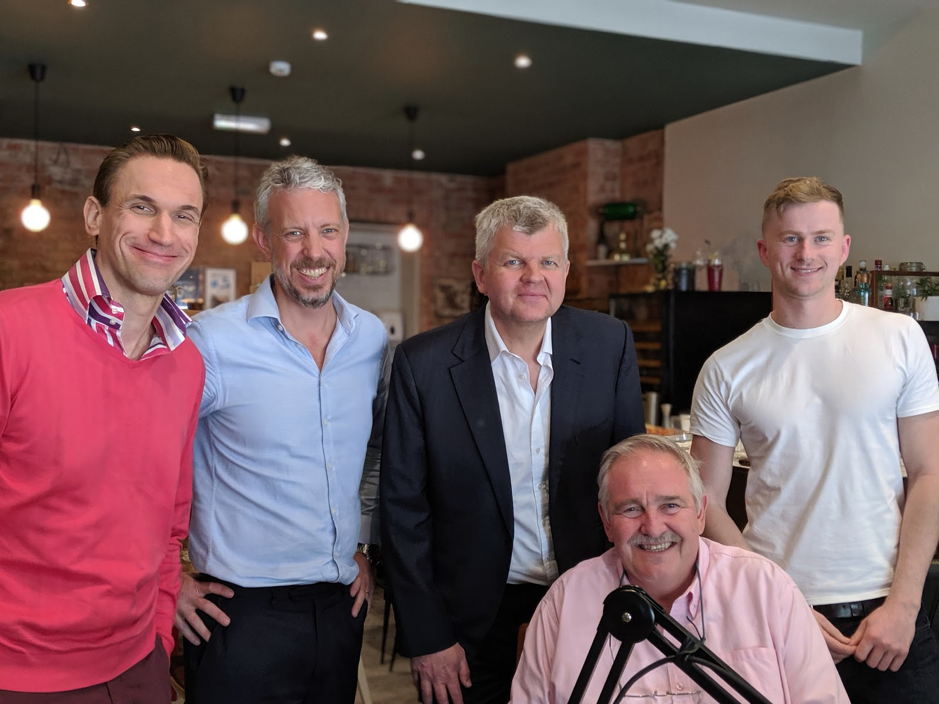 Professor David Nutt, Doctor Christian Jessen and Adrian Chiles in a wide-ranging, frank and open conversation on the topic of alcohol – exploring such topics as their own relationship with alcohol, a ‘healthy’ amount of units a week, binge vs regular drinking, self-medication, health and social ‘benefits’ and harms, the hypocrisy of current regulation, David’s invention of a calorie free, non-toxic synthetic alcohol, and whether or not any of us would want to live in a world where no one drank.

Dr Christian is and award winning TV presenter and medical doctor. His main aim is to help raise medical awareness and simplify, demystify de-stigmatise and explain the sometimes complicated and inaccessible world of medicine to the public.  @DoctorChristian

Adrian Chiles is a radio & TV presenter. In his 2018 BBC documentary ‘Drinkers like me’ Adrian takes a long hard look at his own love of boozing.

Drug Science is the leading independent scientific body on drugs in the UK. We work to provide clear, evidence-based information without political or commercial interference.

This podcast was produced by Fascinate Productions @FasProd

Ketamine for Alcohol Use Disorder

David Nutt on Alcohol as a Drug

Alcohol hangover: The health impact with a historic and Chinese perspective

A tale of two moralities: Politicians, doctors, use of addictive substances and lobbying

New analysis of alcohol and cannabis – what’s the harm?

A multi-criterion decision analysis applied to alcohol and cannabis regulation