This week’s episode features Richard ‘Rick’ Doblin, who is the founder and director of the Multidisciplinary Association for Psychedelic Studies (MAPS) – a non-profit research organisation he established in 1986. Somewhere between getting an undergraduate degree in psychology and a doctorate in public policy, Rick, having had discovered psychedelics, began his fight against unjustified criminalisation of psychedelic drugs.

Through MAPS, Rick has raised over $100 million for psychedelic research, and the organisation is driving psychedelic studies at research centres around the world. Rick’s main goal has been making MDMA an FDA-approved medicine, and he is well on the way to achieving that goal.

Tune in to this week’s episode to find out about his progress!

Professor David Nutt and Rick discuss 35 years of MAPS’ research, including the very latest research and projects that MAPS is working on and the plans for the future of psychedelic research!

Who is Rick Doblin?

Rick received his doctorate in Public Policy from Harvard’s Kennedy School of Government, where he wrote his dissertation on the regulation of the medical uses of psychedelics and marijuana and his Master’s thesis on a survey of oncologists about smoked marijuana vs. the oral THC pill in nausea control for cancer patients. His undergraduate thesis at New College of Florida was a 25-year follow-up to the classic Good Friday Experiment, which evaluated the potential of psychedelic drugs to catalyze religious experiences. He also conducted a thirty-four year follow-up study to Timothy Leary’s Concord Prison Experiment. Rick studied with Dr. Stanislav Grof and was among the first to be certified as a Holotropic Breathwork practitioner. His professional goal is to help develop legal contexts for the beneficial uses of psychedelics and marijuana, primarily as prescription medicines but also for personal growth for otherwise healthy people, and eventually to become a legally licensed psychedelic therapist.

To be a part of the Drug Science live podcast recording with Professor David Nutt, where you can ask him your burning questions face to face (well… screen to screen!) then just sign up to be a Drug Science Premium or Philanthropist member before May 25th. Once you’re a member, you can use your email as a code to access the event here. 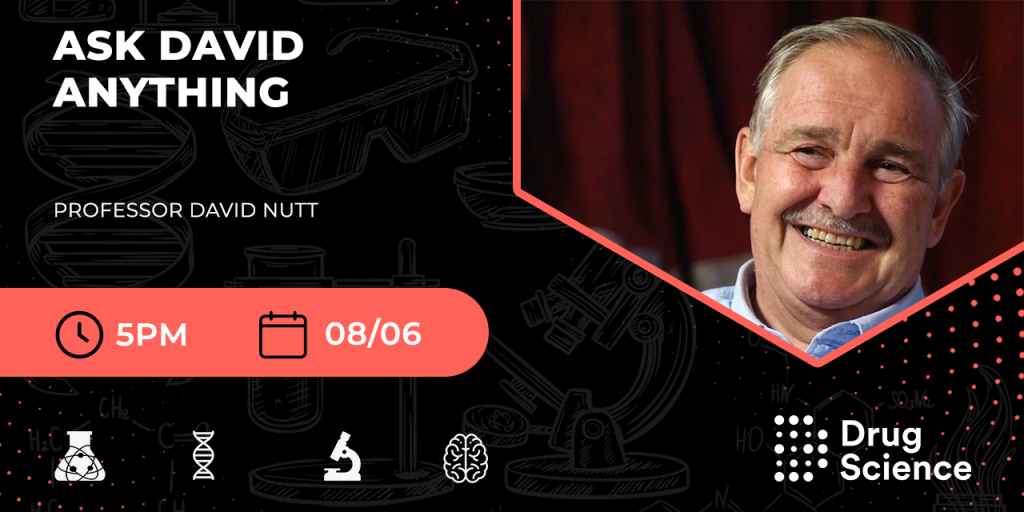 Realms of the Human Unconscious: Observations from LSD Research by Stanislav Grof

Are Psychedelics Legal in the Netherlands?

The Future of Psychedelics

#40 - Recovery from the SAS with Ollie Ollerton