In collaboration with drug experts in Norway and the UK, multi-criteria decision analysis has been applied to evaluating drug policies for the first time – read the paper here. We have previously applied this technique to investigate harms of common recreational drugs in 2010, and nicotine-containing products in 2014.

Drug policy, whether for legal or illegal substances, is a controversial field that encompasses many complex issues. Policies can have effects on a myriad of outcomes and stakeholders differ in the outcomes they consider and value, while relevant knowledge on policy effects is dispersed across multiple research disciplines making integrated judgements difficult.

Four generic regulatory regimes were defined: absolute prohibition, decriminalisation, state control and free market. Through the MCDA process, the expert panel concluded that a regulatory regime with legal but regulated access would offer the best approach to reducing the overall net harms from alcohol and from cannabis use in Western European societies. Applied to the UK, for example, this would imply a stricter regulation of alcohol, with stronger emphasis on regulatory controls such as those supported by the World Health Organization: higher taxes, limited marketing and state owned or regulated sales outlets.

Cannabis, on the other hand, would be shifted from strict prohibition into a legalised but similarly restrictive regulated regime to that recommended for alcohol. It is of note that in this analysis, though decriminalisation mitigates some of the harms associated with strict prohibition, it is not nearly as effective as legalisation with state regulation. 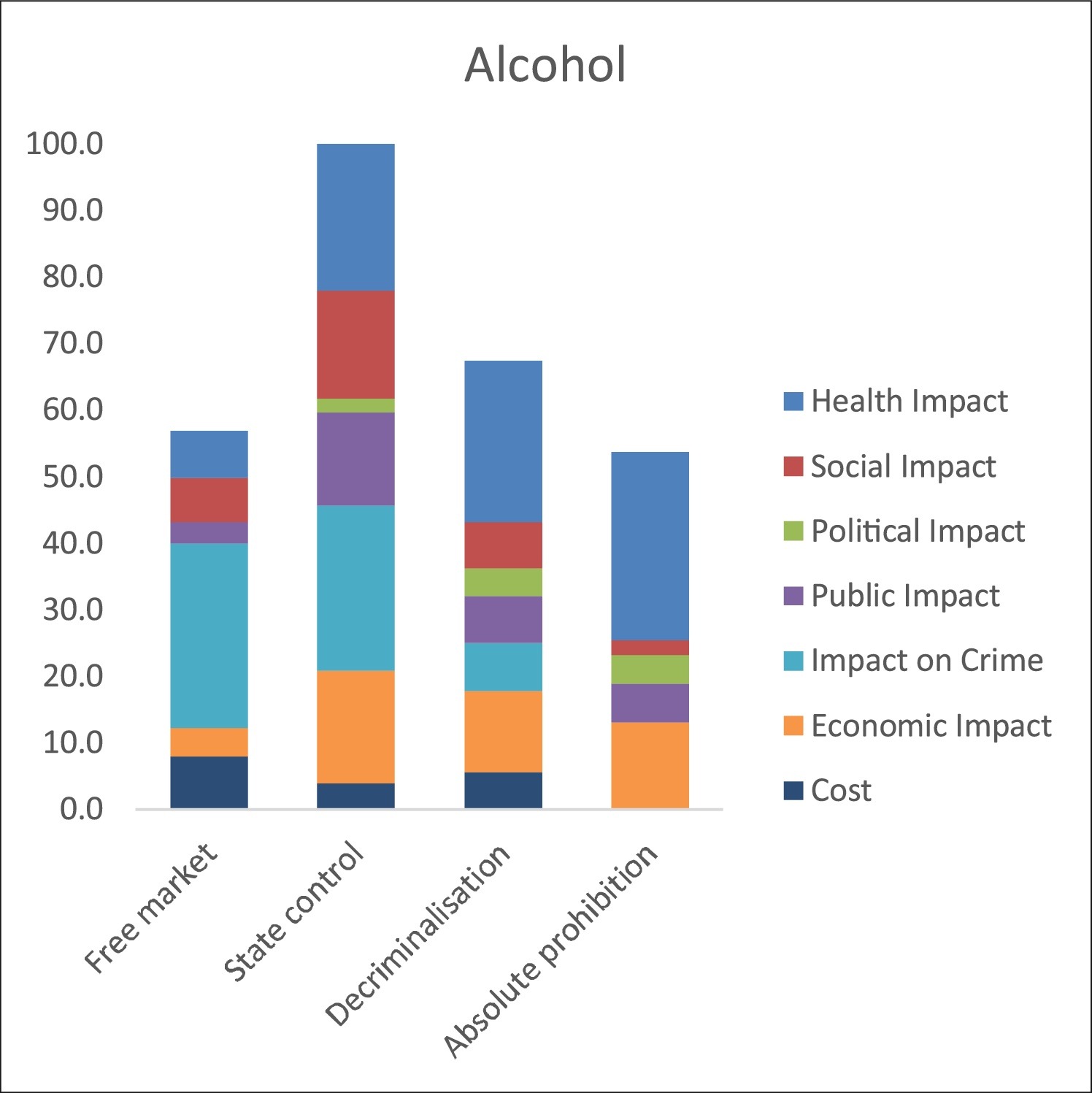 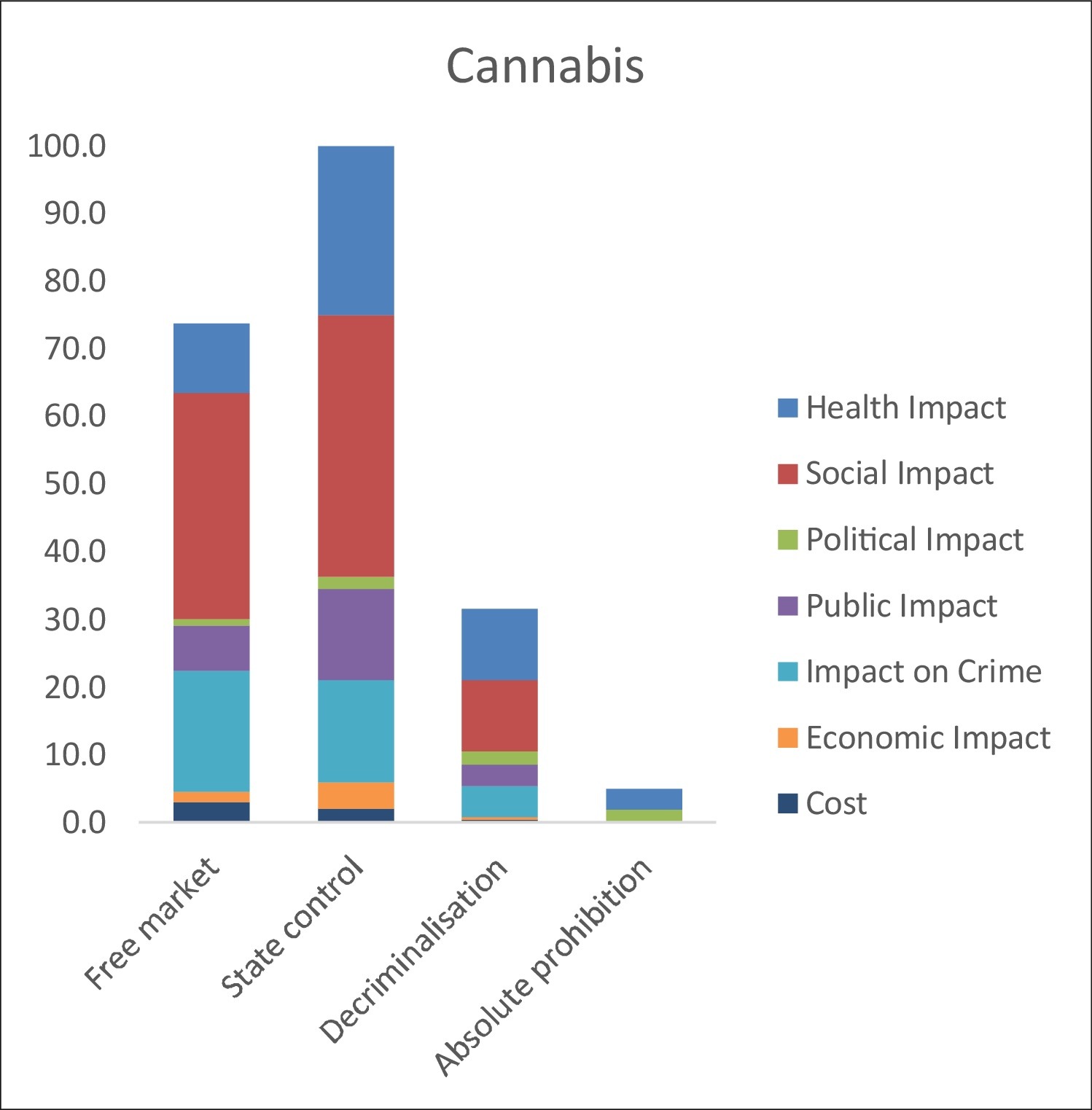 For open-access to the full report of this research, see below:

Developing a Model for a Legal Cannabis Market in the UK

Building a Career in Drug Science

David Nutt on Alcohol as a Drug

‘Cannabis’ ontologies I: Conceptual issues with Cannabis and cannabinoids terminology

How did COVID-19 affect drug use?